IMPALA netPOS system in all 10 kiosks and -coming soon after covid19 break- mobile sale by up to 10 "beer runners" und 2 mobile booths outside the stadium. The old prepaid stadium card was replaced by a completely cashless process covering both sales and deposit returns via credit and debit cards and Apple Pay / Google Pay. All stadium staff clock their attendance at the POS, feeding directly into their personell management and duty-roster system. The final stage includes large wallscreens above the sales windows showing items on sale with prices, as the existing displays lack in visibility and readability. This is the first project with our new partner Kassen- und Waagencenter Wägesystem WSM GmbH, whose 40+ years of experience were essential in realizing this project. 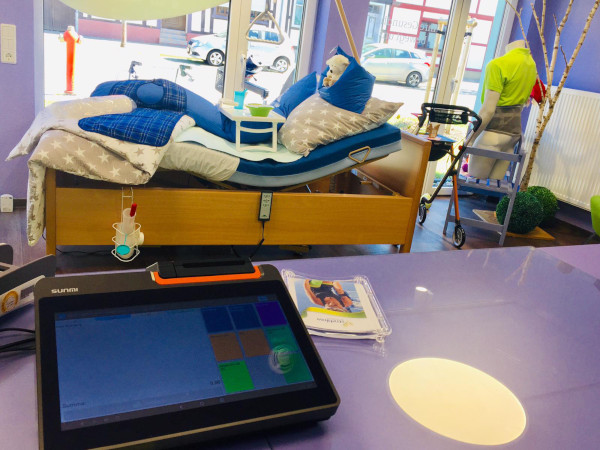 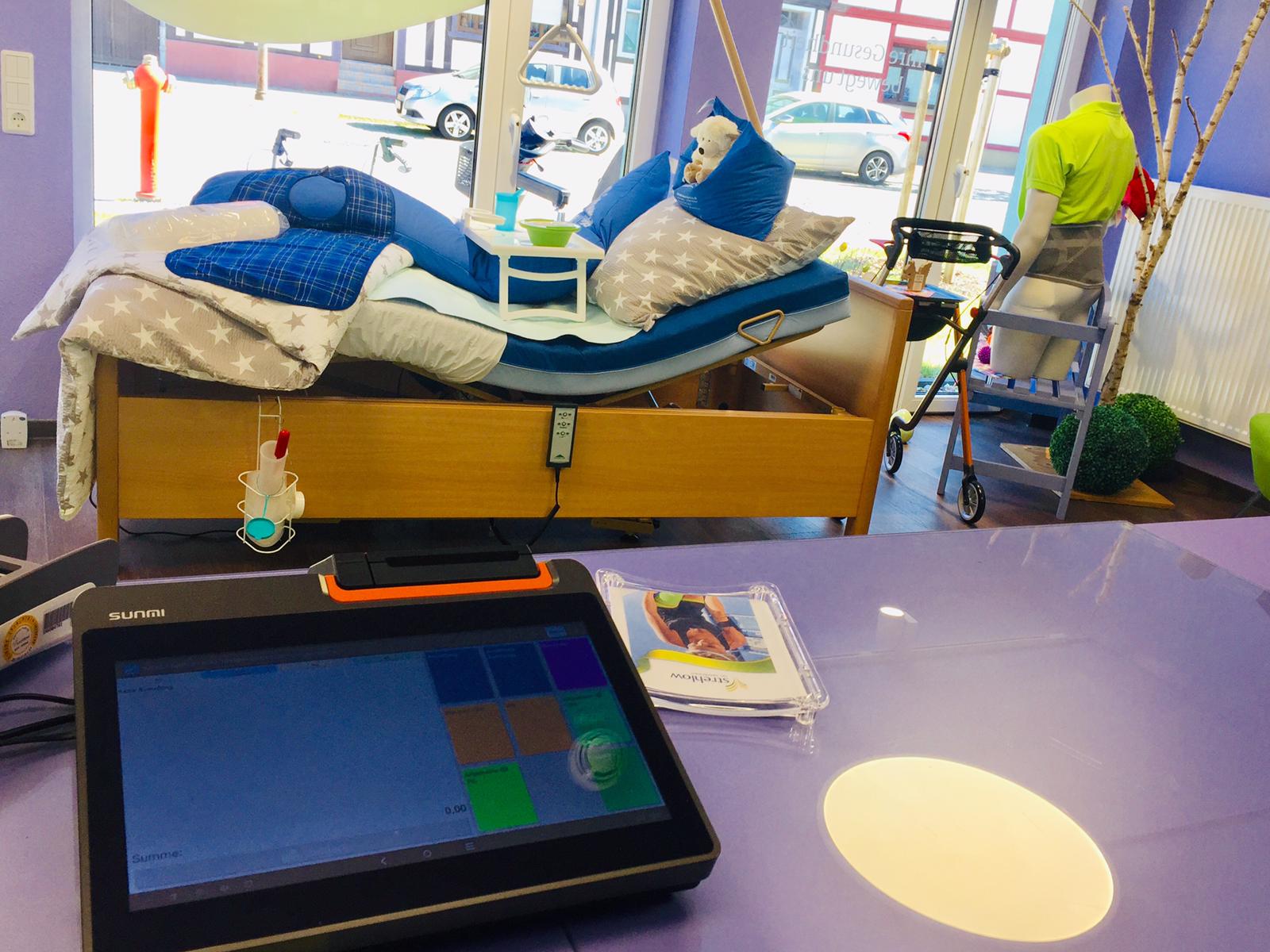 Herr Florian Hänschke, Strehlow project manager :
"Using IMPALA netPOS, we found a modern and smart all-in-one solution, that we were able to integrate in both hardware and software with little effort. The POS is easy to use, caused very little training needs and enjoyed immediate acceptance by our staff. The degrees of freedom in the system allow each location to work according to their needs but without deviating too much from processes. The project ran very agile and efficient from the start, which was a big benefit since healthcare retail systems come with their own requirements. Support is great, problems are being approached proactively, with an open ear for new ideas and extensions." 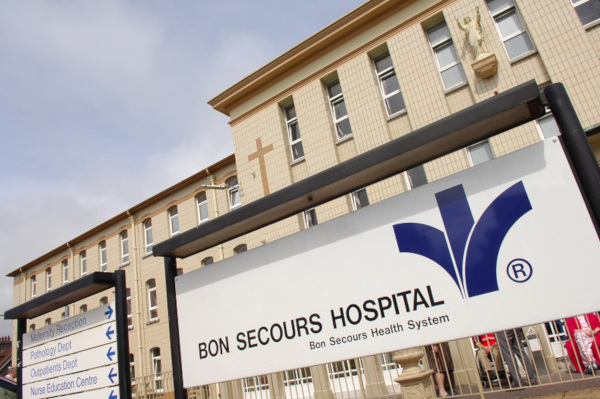 SERVAL Ordering for Healthcare was introduced in Bon Secours Cork in mid-2018. The system allows for all patient meals to be ordered online at the bed side. By incorporating their diet, patients are only provided with meals that are suitable to their needs.

The systems keeps track of the current status and location of patients, eliminating misdirected or obsolete deliveries.

Additionally, on-demand hospitality orders are being placed at any time and are transferred immediately to the kitchen for preparation and delivery.

All order, meal and diet info is retained in the system and easily retrieved should this be required later on for medical or legal reasons.

Bon Secours Cork has experienced an enormous increase in process security and efficiency, and saves many working hours a day compared to the old manual solution. 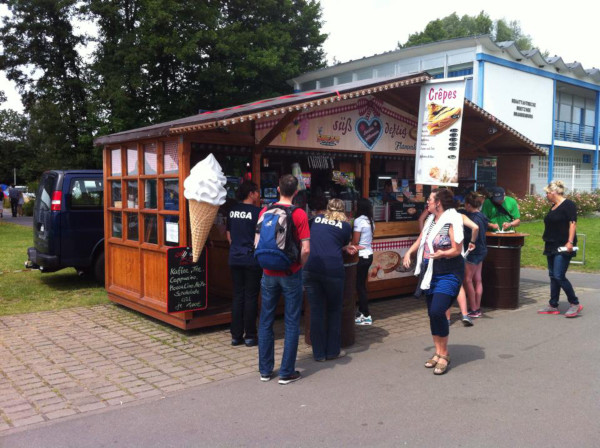 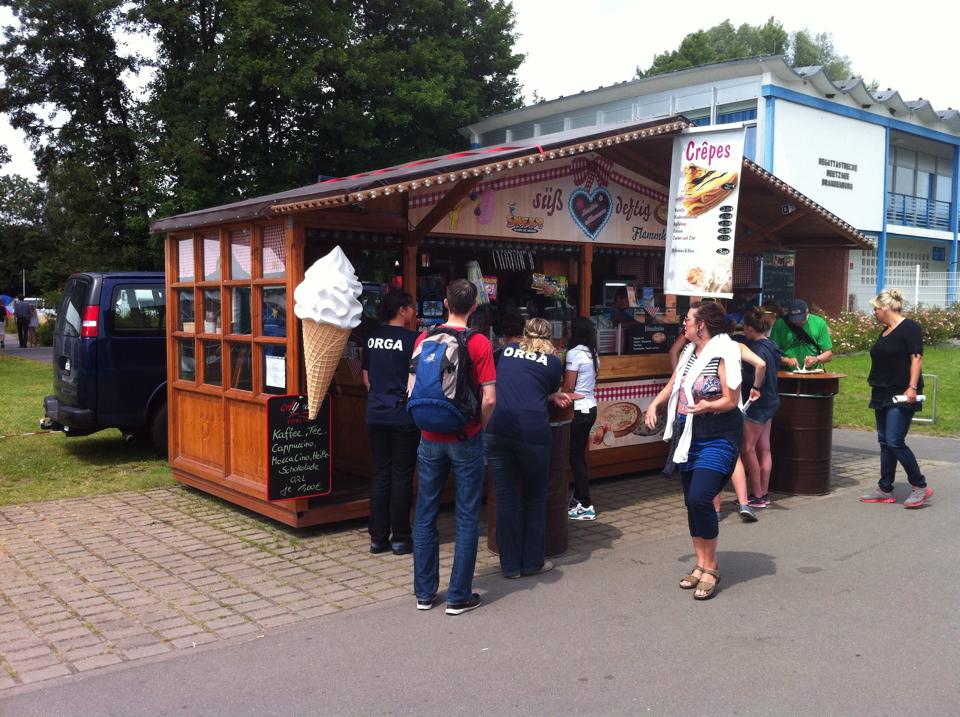 IMPALA netPOS caters for all needs of the versatile tradesman since 2017, being ready any time and place, providing live control and oversight over sales and turnover. This is especially important with a growing business, the third ice cream trucks went into operation in 2019 and also 2020 will see expansion.

In Mai he will open his first stationary ice cream parlour. Of course

IMPALA netPOS will also support this business, with all sales and master data in one single system, and using the clever gastro features, like handheld POS devices and table management. 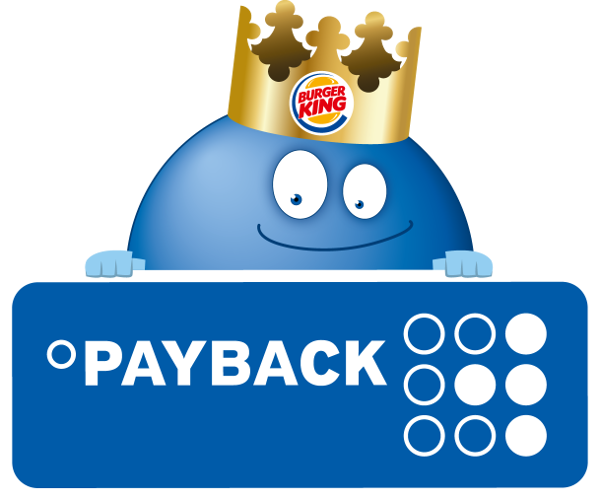 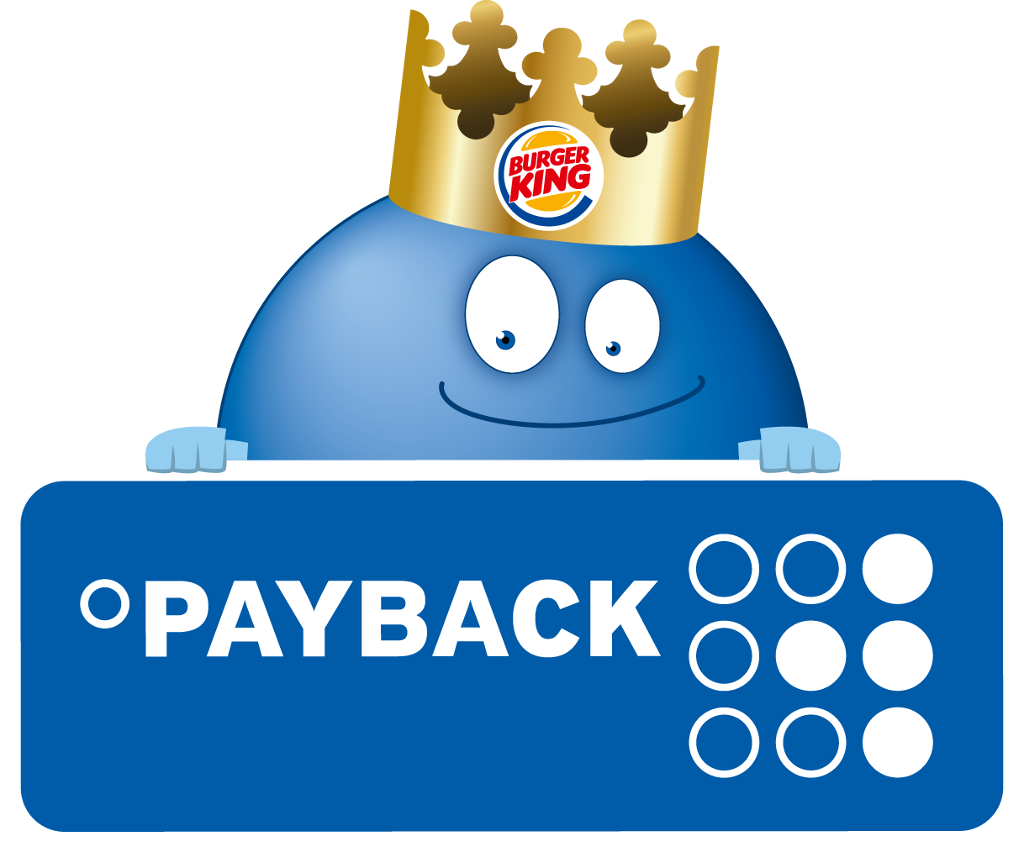 From October 2015 onwards it will be possible to use Payback loyalty cards in Burger King restaurants in Germany. eh2 will provide the necessary technical infrastructure to capture payback points and coupons for more than 50 restaurants that suffer from outdated tills and other location-related challenges. This information will then be securely transmitted from the connected restaurant to the eh2 servers and then onwards to the payback system. eh2 was able to proof their flexibility and strengths as an agile company. Within three weeks, the new device role "Loyalty-Terminal" was implemented into

IMPALA netPOS, including a dedicated user interface, and the complete integration with the PAYBACK servers was set up. A mere two weeks were needed to send out the pre-configured terminals to their destinations, where local staff were able to put them into production with the help of a short user manual. The smooth development, integration and rollout is proof of the benefits of the centralized approach which requires only trivial handling tasks from the local staff.

Herr Andreas Bork of Burger King Deutschland GmbH:
"We are happy to have found such a fast, efficient and inexpensive solution for our Burger King stores whose IT infrastructure did not allow to integrate the Payback interface directly into the existing POS."

Herr Michael Vogler - executive board UNIPAS (Union der Pächter von Autobahn-Service-Betrieben e.V.):
"Especially for the sometimes challenging situation of non-urban autobahn stores, we needed a flexible solution that could adapt to local and technical circumstances, while staying cost-efficient at the same time. Another plus is the intuitive operation of the system and the good service offered by eh2." 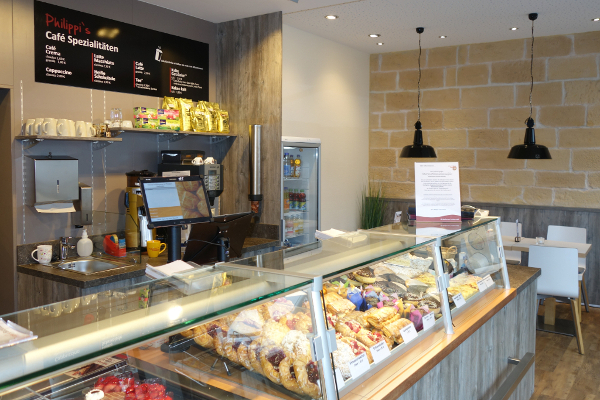 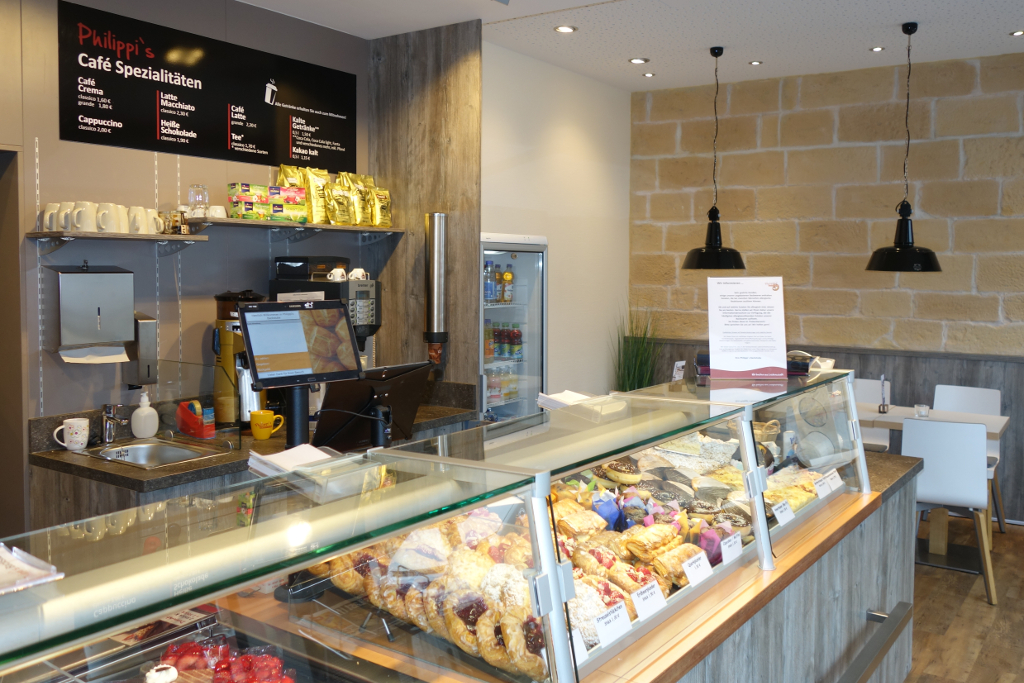 IMPALA netPOS is currently used all ten stores. It's connected through a custom tailored interface to the Bakery-Software SmiloBACK (www.smilodon-gmbh.de). All stores use our

SERVAL Ordering for the daily ordering and return process for in-house productions as well as for organizing the procurement of trading goods from different suppliers. e.g. Magazines, Soft Drinks, Coffee, ...

GM Thorsten Philippi e.K.:
"Since the introduction of the new POS system we were able to reduce the cash differences significantly. The tailor made interface to the SmiloBACK software allows us to look up allergens and ingredients right at the POS and even hand a print out of either to the customer. Thanks to the new ordering system we were also able to reduce the amount of returned products and increase the planning quality for our production." 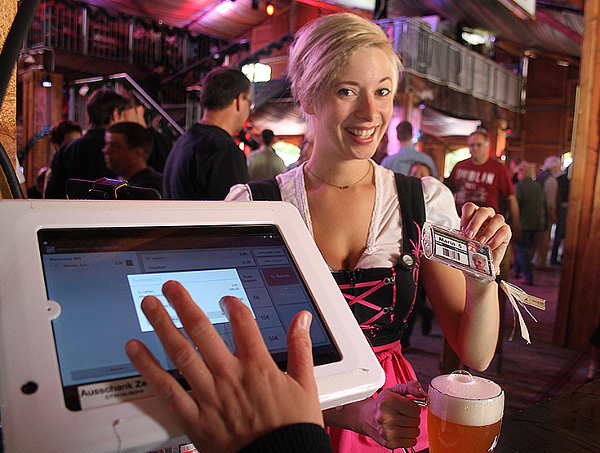 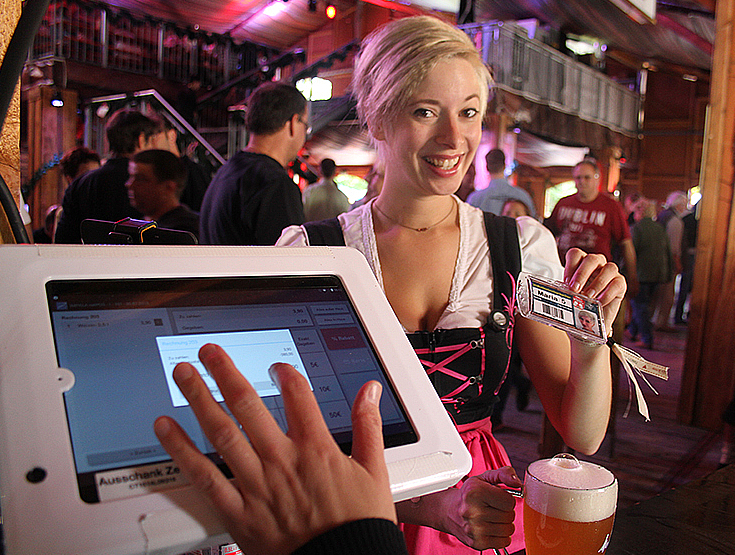 IMPALA netPOS on the festival in Hof

IMPALA netPOS is used on the festival in Hof since 2015 within and outside of the beer hall. It provides for efficient and fast processes in the end-customer sales as well as in the handling at the two big counters for the waiters. The main goal was to improve and speed up the process for the waiters at the beer counters. The former use of tokens was replaced by an electronic pre-paid account for each waiter. Also it was important that the system worked flawlessly and fast, covering all sales points on the area. During the ten days there were approx. 150,000 transactions, among these more than 45,000 beers and more than 13,000 sausages.

Mr. Peter Geilenkirchen of the "fränkische Volksfestwirt GmbH":
"Most important for us was to be compliant to the new upcoming financial regulations concerning electronic POS systems. Additionally we actually were able to increase the speed of service, decrease the overhead in the back-office and increase our turnover from the very first day using the

IMPALA netPOS. We most definitely found our POS system for the future."

The enterprise solution for SMBs.

Uncomplicates - no invest - no installation

Integrates easily into your system (PIMS)

Do you want to learn more?

We will be happy to discuss details and give you a free demo!